Consensus of the International Muslim Community on the Ahmadiyya Movement 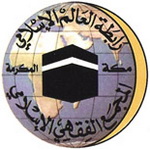 The Ruling on Qadianism and Affiliation with it

All praise and thanks be to God, and may peace and blessings be upon the Messenger, his family, his companions and those who follow his guidance.

The Council of the Islamic Fiqh Academy has examined the matter of the Qadiani sect, which appeared in India in the nineteenth century CE, and which is also known as the Ahmadiyya Movement. The Council has studied the beliefs of this sect as proclaimed by its founder, Mirza Ghulam Ahmad who established it in 1876 C.E. He claimed that:

All of this is declared in his book entitled Baraaheen Ahmadiyyah and in his treatise At-Tableegh.

The Council of the Fiqh Academy also examined the statements of Mirza Basheer-ud-Din, Ghulam Ahmad’s son and successor, including what he wrote in his book Ayena-e-Sadaaqat (p.35):

“Verily, every Muslim who does not pledge allegiance to the Promised Messiah (Mirza Ghulam Ahmad), whether he heard of his name or not, is a disbeliever and outside the fold of Islam!”

He is also quoted in the Qadiani periodical, Al-Fazl (30th July 1931) as reporting from his father, Ghulam Ahmad himself that he said:

“We disagree with the Muslims in everything: concerning God, the Messenger, the Qur’aan, prayer, fasting, hajj and zakaah. There is a fundamental difference of opinion between us in all of these things!”

In the same periodical (Vol.3) it is declared:

“…giving glad tidings of a Messenger to come after me, whose name shall be Ahmad.”

The Council also examined the research carried out by Islamic scholars and reliable Muslim authors about the Qadiani Ahmadiyya sect clarifying that they are completely outside the fold of Islam.

Based upon this, the Parliamentary Territorial Committee which established the northern borders of the State of Pakistan in 1974 C.E. － by unanimous agreement of its members － declared in its resolution that the Qadiani sect are a non-Muslim minority among the citizens of Pakistan. In the National Assembly of the Pakistan National Council for all Provinces, all of its members also agreed that the Qadianis are a non-Muslim minority.

In addition to their aforementioned beliefs, it has been clearly proven from the writings of Mirza Ghulam Ahmad himself and through the abundant and continuous letters which he wrote to the British Government in India displaying his support and affection for them, that he declared that jihaad was forbidden and that his denial of the concept of jihaad was in order to inspire loyalty in the hearts of Muslims towards the Colonial British Government in India. He declared that the concept of jihaad which some ignorant Muslims professed, prevented them from expressing loyalty to the British. In this regard, he said in the appendix of his book Shahaadat-ul-Qur’aan (p. 17, 6th ed.):

“I firmly believe that as my followers increase, the number of those who believe in jihaad will decrease, because the belief that I am the Messiah or the Mahdee necessitates the rejection of jihaad.”

Having studied these documents and numerous others like them which shed light on the creed of the Qadianis, as well as the sources it springs from, its foundations and its dangerous aims which include undermining the correct Islamic creed and diverting Muslims away from it, the Council has unanimously passed the following resolutions:

The Council of the Fiqh Academy also declares that it is incumbent upon Muslims － governments, scholars, writers, thinkers, preachers and all others － to oppose this heretical sect and its followers all over the world.

And it is God who grants success.

In the Name of Allaah, the Entirely Merciful, the Especially Merciful

Praise be to Allaah, Lord of the worlds, and peace and blessings be on Muhammad, the last of the prophets, and on his family and his companions.

The Council of the International Islamic Fiqh Academy, which is a subsidiary of the Organisation of Islamic Cooperation, during its second session, held in Jeddah, Saudi Arabia, from 10th to 16th Rabee‘-uth-Thaanee, 1406 AH (22nd－28th December, 1985 CE);

Having looked into the question submitted to it by the Muslim Judicial Council, Cape Town, South Africa about the Islamic ruling concerning the Qadianis and its off-shoot, who call themselves Lahoris, and whether to consider them as Muslims or otherwise, and whether it is correct for a non-Muslim to arbitrate in such an issue;

In light of the research and documents presented to the Academy’s members related to this issue and about Mirza Ghulam Ahmad al-Qadiani who appeared in India in the last century to whom the Qadiani and Lahori sects are attributed;

Having carefully considered the information presented concerning these two groups and after having verified that:

Having further considered the resolution of the (MWL) Islamic Fiqh Academy in Makkah al-Mukarramah on this same issue;